About Dr. Carter D. Womack - Leadership At Its Best 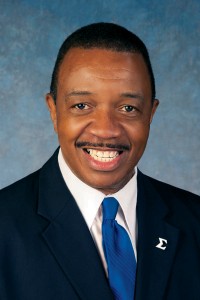 Dr. Carter D. Womack is president and chief executive officer of Leadership At Its Best, a Columbus, Ohio, based company that provides leadership and development training programs for pre-college students, colleges and universities, corporations and small business. The programs are designed to “Set People and Organizations UP for SUCCESS.”

He is an outstanding motivational speaker and is committed to the development of young people. He has a strong professional career having worked for some of the leading companies in their industries, such as: The Goodyear Tire & Rubber Company, (Mgr. EEO/Diversity), Ryder Systems, Inc., (Dir. Employee Relations),  The Black Collegian magazine (Sr. Vice President Sales), Value City Department Stores, (Executive Vice President  Human Resources) and  Viacom, Inc (Vice President  Human Resources).

Serving three terms as an Akron, Ohio, city councilman, Womack is also a life member and on the board of directors for the NAACP’s Akron Branch and served with the National Alliance of Business Youth Motivation Task Force, the Urban League,  the U.S. Jaycees and as chairman of the  Alabama A & M University Foundation.

He has received numerous awards from his fraternity and service awards from the National Foundation of the March of Dimes, the National Alliance of Business, Frontiers Clubs and United Negro College Fund. He is listed in Outstanding Young Men of America; Who’s Who in the Midwest; Who’s Who in Black Corporate America and Dollars & Sense magazine’s Brightest and Best Young Men award. Listed in issues of Ebony as one of the “100 Most Influential Blacks in America” and was inducted into the first Alabama A & M University Hall of Fame for outstanding community service. He was honored with his Honorary Doctoral Degree in Organizational Leadership in 2017 from Julian King University. He is an active member at New Salem Missionary Baptist Church in Columbus, Ohio.

Come join us on this journey as we develop great leaders!