About Marquis Terrell Carter - Leadership At Its Best 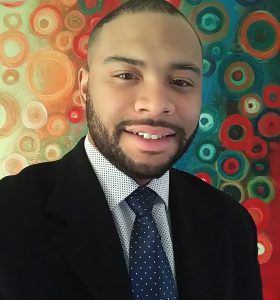 Marquis Carter was born in Columbus, Ohio and attended Southmoor Middle School and graduated from Beechcroft High School in 2008. Marquis was very active in high school with the school band, and the choir, and the African American Male Leadership program sponsored by Leadership At Its Best.

He was also active with numerous community projects. He volunteered with Special Olympics at school.  He participated with Fellowship of Christian Athletes, Bible Study Group, Track and Field, and Office Assistant.  Marquis was awarded for most school spirit as the school mascot. He also performed on stage with the Ujima Theater a community-based organization in a play entitled “What Color is Trouble.”  The Ujima Theater is dramatic stage productions that inspire and preserve the interest of the community with primary focus on sustaining the African American community. Ujima is an organization that reaches out to the youth in the Community using theater to educate and direct them away from self-destructive behavior and towards self-awareness, self-love, and positive behavior.

After high school Marquis attended Columbus State Community College with the scholarship money he earned through his participation in the African American Male High School leadership program 2002-2008. In college is majored in  business and photography.